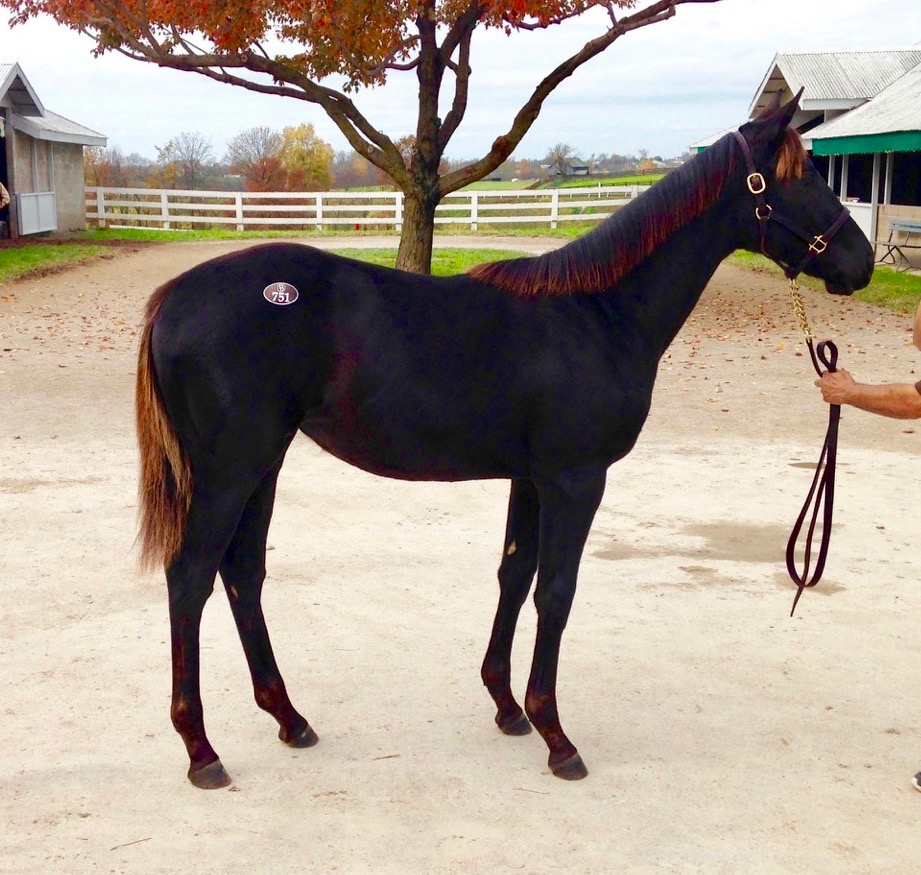 Sept. 16 at Belmont behind a TDN Rising Star performance from Rushing Fall (More Than Ready), who captured Keeneland’s GIII Jessamine S. next out and is one of the likely favorites for next Friday’s GI Breeders’ Cup Juvenile Fillies Turf at Del Mar.

Running second last through a first half-mile in :49.73, the 3-5 chalk steadily advanced down the center of the course and ranged up outside the top three as they registered three- quarters in 1:16.19. The dark bay stuck her head in front rounding the far turn and the race was over from there as she cruised clear to win as she pleased. Gentle Ruler (Colonel John) ran on late, closing the gap to 2 3/4 lengths at the line.

Daddy is a Legend is out of the unraced mare Randie’s Legend (Benchmark), a half-sister to MSW Eternal Rule (Tribal Rule) and GSW Frumious (Grindstone). The 10-year-old mare did not produce a foal in 2016, but foaled a City Zip colt named Belleau Wood this term and was bred back to Tiznow.

Daddy is a Legend is a PABRED bred by HnR Nothhaft Horse Racing LLC.  She is by Scat Daddy o/o HnR mare Randie’s Legend purchased in 2008 as a yearling.  An extremely quick filly, Randie’s Legend was unraced to avoid a potential injury to her knee.  Two half brothers Eternal Rule, MSW, and Frumious, GSW, became stakes winners after her purchase.  Also her Mare Eternal Legend died in a freak farm accident leaving us with only these three foals.  As both her brothers are gelding, it is left to Randie’s Legend to carry forward the bloodlines of 2nd dam Eternal Search, a three time Canadian Champion.

She is currently domiciled @Northview PA in foal to Tiznow.  Her first foal Smarty’s Legend by Smarty Jones was HnR’s 2nd PABRED foal.  She has a three year old unraced colt Lincolnator by Stormy Atlantic purchased by Zayat stables and a weanling colt by City Zip named Belleau Wood (PA) and owned by HnR.