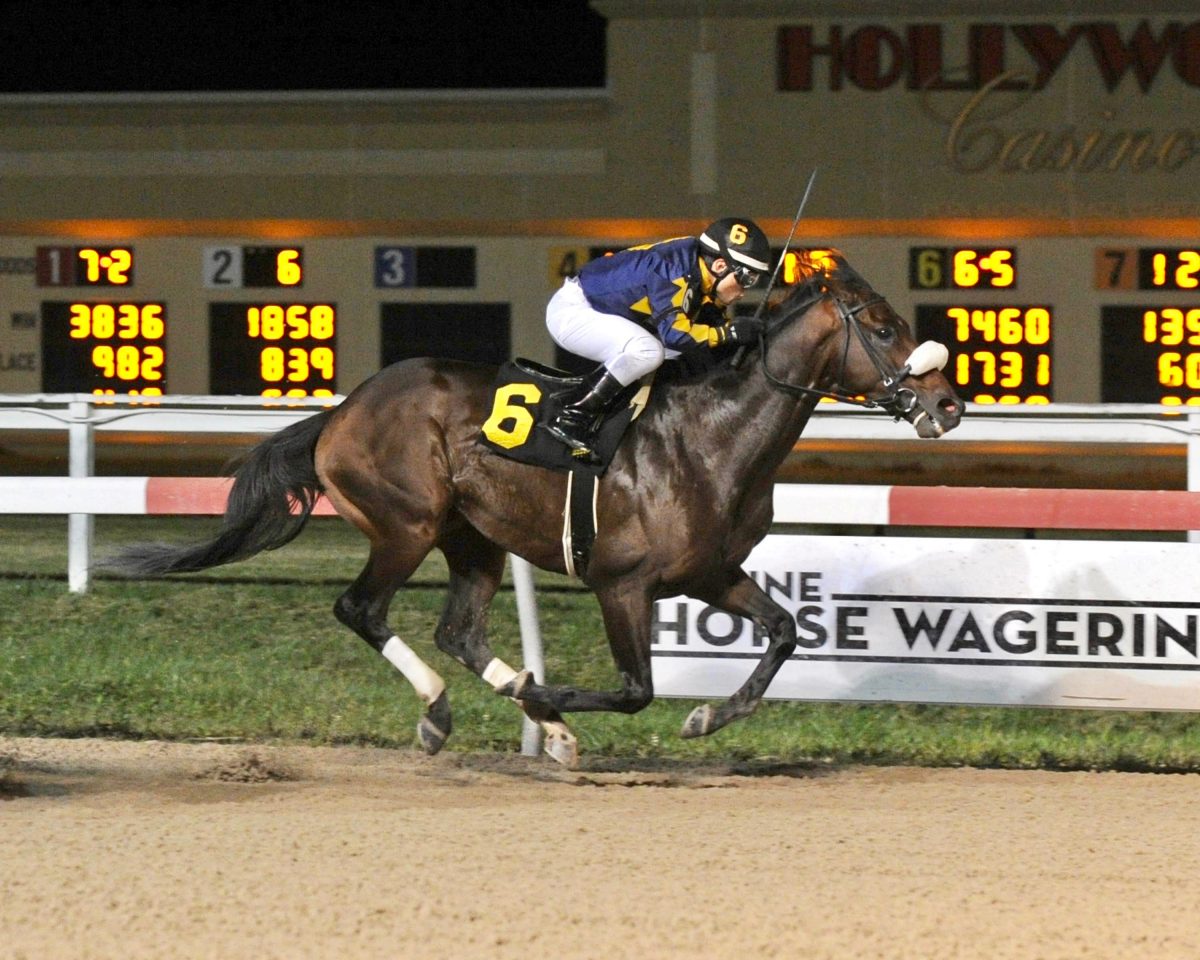 In his fourth start of 2017, Mister Nofty, a PA_BRED,  returned to his 2016 form, winning an open 1 mile 70 yard Allowance Race at Penn National going wire to wire unchallenged.   Given a field of seven that included no other early speed, Mister Nofty ran free to the lead under the guidance of his regular rider Brian Pedroza and maintained it during the duration of the race.

Trainer Keith Nation, looking for a turf race for Mister Nofty, entered this race with not turf options in sight.  Mister Nofty continued his front running style and was able to overcome a reasonably talented field in this open allowance non winners other than 2.  This is Mister Nofty’s first strong outing since sustaining minor leg and hoof injuries during the Presque Isle Mile last September.

Mister Nofty came out of this race 100% and will be looking to build on this race.  HnR is looking at all options, dirt or turf.

Mister Nofty is an HnR homebred colt, foaled at Northview Stallions, by Scat Daddy out of Walking Path by Bernardini.  Hank Nothhaft worked with bloodstock agent Carl McEntee of Darby Dan Farm,  to develop the breeding plan that produced Mister Nofty.  He trained at Webb Carroll before starting his racing career.