Bred by HnR Nothhaft Horseracing LLC,  Finest City, a PA_BRED, not only proved the best distaff sprinter of 2016, but acquitted herself around two turns on dirt and turf as well.

It illustrated the mare’s versatility, though in the end, she demonstrated her keen sprinting ability by beating the best in the Breeders’ Cup Filly & Mare Sprint (G1) to clinch the Eclipse Award as top female sprinter.  Graphics courtesy of Keeneland and the PHBA. 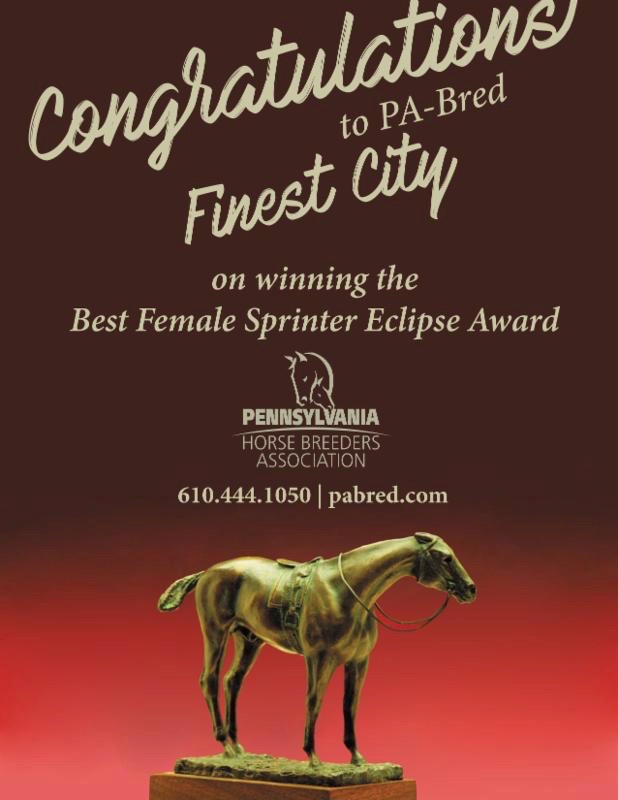