Kindle a MSW/MGSP mare by Indian Charlie o/o Carson’s Vanity by Carson City had her first foal on January 26, 2016 @Darby Dan Farm in Lexington, KY.  Kindle is short in stature, very muscular and always gave 100% during her racing career for HnR Nothhaft Horseracing.  She ran a career best Beyer Number of 100 winning the Cool Air Stakes.  Our high level goal in breeding to Tiznow was to get a horse with a combination of Tiznow size, durability and stamina with Kindle speed and muscularity.  Ideally this foal would grow into a miler plus with exceptional tactical speed.  We are a long ways off from knowing whether our objectives will be achieved, but so far we like what we see. 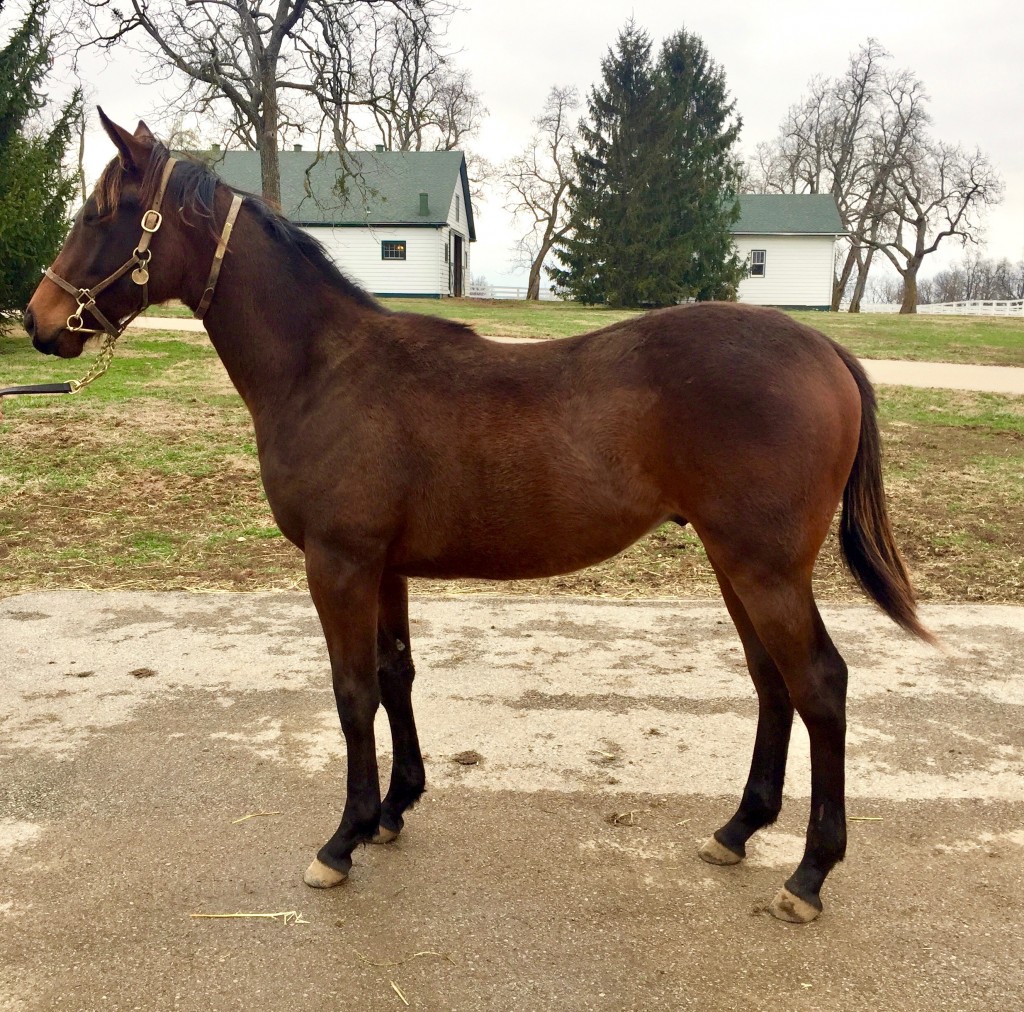 We have decided to keep Kindle 16 to race.  As a result, we have named him Made in America (KY).  As a January yearling, he stands nearly 15 hands which makes him almost as tall as Kindle.  He weighs around 980 pounds which makes him large for his age.  His conformation is excellent and he is well balanced and a nice frame to grow into.  We are counting the days until we can move to the next step and start Made in America’s initial training.

The other days we are counting are the days until Kindle has her second foal.  She is in foal to American Pharoah with a colt expected in the next two weeks or so.  We are hoping this foal will have the same excellent confirmation that Made in America enjoys.  If he does, we will likely put this colt up for sale in one of the weanling auctions at the end of the year.

Finally, to give Kindle every chance to succeed as a broodmare, we are breeding her to Pioneer of the Nile at Winstar  for the 2018 foal.  Time will tell how this story will evolve, but we are excited to be part of the journey.  We are hoping he could be Tiznow’s next Big Horse. 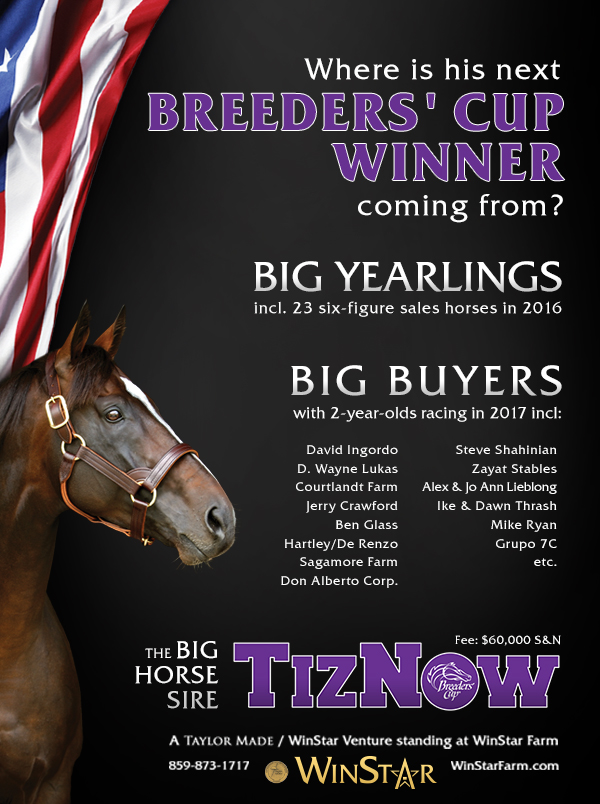